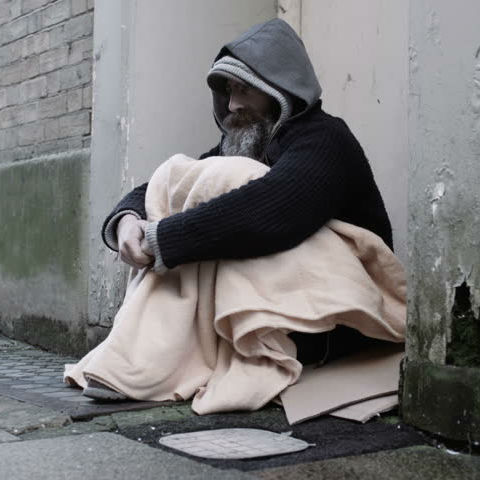 What’s Stopping You From Feeling You Deserve?

The other night I was coming back to Brighton and feeling thirsty as…and as I got to the nearest supermarket, a homeless guy caught my eye as I walked in.

As I walked up and down the aisles looking for water, my energy was connecting with his and I started to choke up, as I felt where he was at.

Now as much as I’ve chatted to a lot and worked with a good amount of homeless people, there are often drugs, psychosis, entities in their energy OR at the very least, they’ve experienced that much trauma, that they’ve at detached from themselves to a large degree.

THIS GUY was different though…

He was all there.. there wasn’t anything else in his energy, and I started to well up, as I could feel he didn’t really need to be there.

There was enough about him. A true worker, but he didn’t feel he deserved anything more than to be on the street.

His soul let me know he couldn’t forgive himself for what he’d done on some level and a few other pieces of guidance.

I got to the till and it turns out, I had to spend more to pay with my card. Perfect. So I go and ask John (the homeless guy) what he wants.

“Strawberry Milkshake and a chocolate bar”

Me: “Nothing else, jaffa cakes? Crisps?”

John: “No nothing else, just those 2 things”

So i buy him the Milkshake and the chocolate bar he wanted and a few more bits that looked good.

He struggled to take them.

I asked him if there’s anything at all, anything he needs.

John: “Well I am trying to get a room tonight”

He counts his money and comes back with “another 7 pounds”

So I go to the cashpoint and get him a tenner.

We have a quick chat and sure enough, he was a serviceman and although he doesn’t want to talk about it, as he touches on a couple of things, I’m seeing scenes and feeling his energy and emotion and struggling not to cry for him. He just can’t forgive himself.

After a brief 5 minute chat, I ask him where he normally hangs out (as I’ve learned it’s often best to get to know them a bit before letting them know you can release their trauma)

AND as I say my goodbye and let him know i’ll come chat to him again, he very quickly jumps on my words with:

“Oh no, you don’t have to keep giving me money”

So much so can he can not forgive himself, he can’t even imagine me helping him out again.

I walk down the road with a couple of tears hanging from my eyes.

Obvs by this point feeling pumped up as to why I do what I do, but the key thing here, if you’ve read up to this point… IS.. to ask yourself right now “What’s my internal dialogue?”

What do you make of John and his lack of deserving?

Can you hear the voice in your head wanting to help him? Give him advice..

We have been where John has been.

Maybe on some level you currently are still…?

BUT you’ve got things you’ve done on some level that whether you’re aware of it or NOT,

You haven’t yet forgiven yourself for..

Whenever I speak to a homeless person, I always ask them what it is they need or want.

AND whatever they ask for I give them

AND it’s interesting, most of the time, they don’t ask for much..for a few reasons..

Because they’re used to people giving them so little, they don’t feel they deserve more, but most of all overall, they just can’t conceive the idea of receiving more

Because that’s just how it is. That’s their belief on how their world is

That’s maybe the collective consciousness belief on how it is to be homeless as well.. form the support workers, the charities, the police.. the system in general.. that’s how it is. AND maybe that won’t change any time soon

So are you that dissimilar to John really?

What do you currently believe to be true about your environment?

How much money can you receive for doing what you do, sorry no, for being just who you are? Without needing to do anything more, without having to have done something to deserve more? What’s your beliefs?

What decision have you made or belief you’ve ascribed to based on your past experiences?

Can you forgive yourself and know that you (just like John while serving his country) did the best that you could, with the knowledge that you had at the time?

AND WHAT IF you were to ask for more of what you actually, truly deep down want?

What would that be? As you write that down, or say it out loud? Can you hear that voice that doubts it’s possible? Who told you it wasn’t possible? When did you form that belief?

You are so much more than you ever give yourself credit for.

I’m sure if you met John, you would see his heart of gold, his work ethic, his ability to strategically be safe in any situation..

YET you struggle to see your own gifts?

It so often comes down to one thing

John is too afraid to ask for more, for the same reasons you are

He’s scared if he asks for more, for a roof over his head, for clean clothes and a shower.. that he risks not getting any of it AND even losing his best spot on the street

BUT at an even deeper level.. the little boy in him, that first joined up to the army to make his dad proud … his EGO, his subconscious, is shit scared.. that if he really goes for what he wants.. TRULY

Then he risks losing any of the small amounts of feelings and ascribed meaning to the love and connection he got with his dad between the ages of 0 and 6…?

NOW Let me tell YOU.. his EGO is not going willing to risk letting go of that, to go for what he really wants…

Cause all he thinks he deserves is love for when he does something amazing, like doing well in the army

I invite YOU to ask yourself now

Are you so different to John?

Who’s love are you actually scared of potentially losing? that’s stopping you from actually going for what you want

Not in your conscious mind, not in what you currently know now..

BUT DEEP in your subconscious, when the little girl or boy in you made the decisive decision on, how the best way for you to get love is?

AND can you forgive yourself for, on some level, not reaching those dizzy heights to get such love

What if you asked for more?

Released those judgements of yourself

Started embracing more of those inner thoughts and feelings

THAT UNTIL NOW.. you’ve been dismissing as DREAMS

AND what if, you didn’t have that dream unless God, The Universe hadn’t put it there

You’ve just forgotten from the time you incarnated till now,

Without having to do any more than you currently do

Just for YOU being YOU

Check out my page: https://www.facebook.com/TheSayerInstitute/

Link with me on LinkedIN: https://www.linkedin.com/in/dukesayer