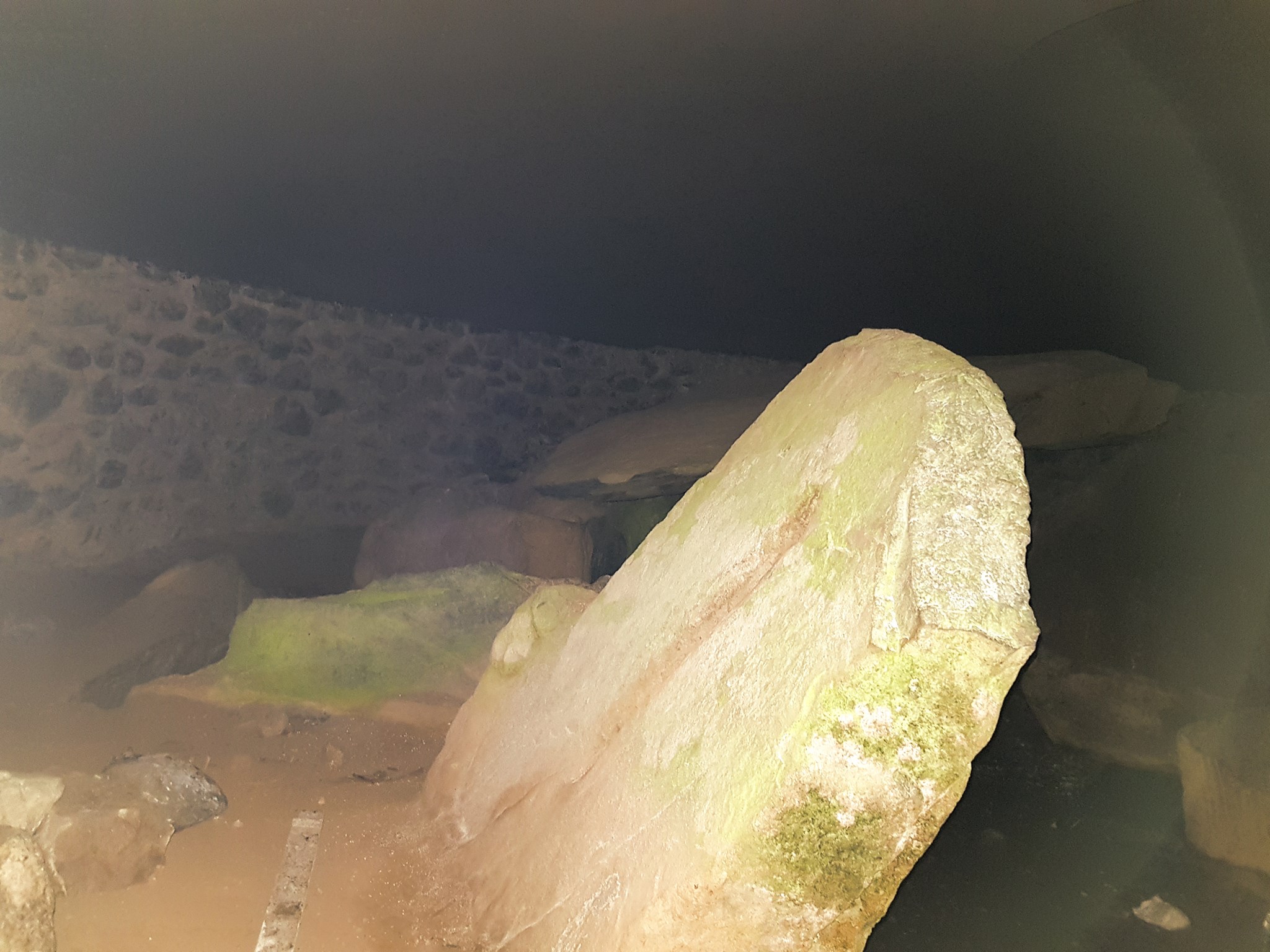 What Happens in Anglesey Stays in Angelsey

What Happens in Anglesey Stays in Angelsey: Warning Not For The WooWoo Averse

So I’ve been meaning to visit this particular part of North Wales ever since I was there with ManClub earlier in the year.
The beautiful surroundings, crisp air and the feeling that there was some intense spiritual energy bubbling up in them Snowdon hills, meant that I knew I had to come back as soon as possible.

Gabriel put me in touch with Nicholas and recommended I connect with him to plan our next ManClub adventure.

Months went by of missing each other’s calls and weekends to visit falling through at the last minute.

This weekend came though, and everything lined up to make it so….

Our main intention was things like mountain biking, rock climbing and anything else we could squeeze in that the island had to offer, but as soon as he mentioned “The Well” I knew we had to go there as my body went crazy… soon followed by some visuals..

Saturday morning started nice and easy with a visit to a beautiful lighthouse. We got there minutes before closing and upon running up the windy stairs.. I got some flashbacks of the guy who’d lived there and his only thoughts of loved ones.

On the way back Nicholas decided to take us to some standing stones. Now in Snowdon and North Wales in general there are 100’s of standing stones.. but he took us to 2 stones facing out from the bay to the mountains that he had a feeling around.
As soon as I got close to them I saw past life visuals and that it had been a Stargate, since shut down. I then walked through it 3 times and got the most intense headache and visuals. Using the EH process I was then able to follow it back to more past lives and picked up on decisions I needed to let go of to help me in this lifetime.

You see that’s the key…as I go on with this journal of the weekend..bear in mind, that I wasn’t here to just have an intense fantastical experience, but that anything that comes up, come up in the most perfect timing to effect and amplify whatever positive step you’re making in this current 3D reality.

So that was Saturday..

Sunday we woke up a bit earlier and were out of the house a little earlier. Lots to do and lots to see.

As soon as I got close to it I started getting visuals of women giving birth in the pool area that had been built so many years previous… followed by visuals of the sick being submerged to try and heal them. This Well came straight out the side of the mountain and had a 2 metre squared area with huge slabs of stone and even seats for the higher ranked inviduals to oversee whatever was proceeding.

As we circled the well I saw a flashing light come from the water. I put my hands in and as I pulled out a huge quartz stone I saw the image of hands reaching up at me (a la The Ring). my heart started to beat a little faster.

Then my friend started to pick up on dead bodies the other side of the Well and before you know it, we were all getting visuals of a Roman siege and bodies having been plunged into the waters depths under duress. We even all got the same visuals of the local people being led over the cliff edge in chains.

Between us we had 2 crystals now and felt instinctively to deposit it back in the well as an offering as we worked on sending the lost souls to cross over while explaining to them what had happened to them.

I could explain more here, but let’s just say that I was intrinsically involved in what happened at The Well… as were 2 other of the guys I was with. Later on that day we then read a pamflet in a church that told us that it was tradition of the Saint that was knwon in the area to leave 2 crustals at The Well when healing people.

But let’s move on to what happened later that day.

After the rain had kicked in, rock climbing was definitely not an option.

After some sightseeing and some food, we headed on over to “The Burial Mound”. I questioned Nicholas and his girlfriend at this point whether it was fully required. I was feeling some resistance, but couldn’t quite put my finger on it.

Within 200 metres of the Burial Mound I was feeling shivers running up and down my body in a way I hadn’t exactly felt before.

It was so windy you could nearly lean against the wind completely and be held up, such was the speed of it.

NOW I’m not one to get scared, but as soon as we walked to within 10 metres of the entrance, for me to then walk up to the entrance alone, my heart was going a million miles an hour. I don’t get scared as I Know nothing can harm me, I just need to communicate with it, but something didn’t feel right.

Yes it was pitch black and I was alone, but that isn’t enough to scare me.. I’m more the stupid courageous white guy you see get killed way too easily in the horror films

Anyway.. I was asked to run my hands along stones that led to the entrance and to re-remember how the chamber looked originally…

Pretty soon I was then able to sense a female energy dancing around inside the chamber.

She then asked me to hold the railings blocking the entrance so she could touch me..

Then she asked me to lean in with my forehead so she could connect and straight away I saw her reach out to touch my third eye and I pulled back… it didn’t feel right. She wanted something from me and straight away I asked one of the women in our group to come stand next to me.

Immediately this energy retracted. The shivers lessened and my heart slowed down.

One of my guides then told me to take a photograph starting from the right (in the dark) using a flash to locate the energy.

I took a few pictures and they were all dark before the very last picture you see (with the Orb and her energy in the centre) and straight away then I knew where she was. She couldn’t circulate and evade me any longer. She was creeping around me and putting her arm around me, but still didn’t want to talk…

I asked my friend to ask me a pertinent EH question..

“Where does she live in your body?…”

Before you know it we went back to a past life and I saw that she was a witch with monstrous looks.

Her eyes more than anything as she looked at me as I rode away from her on horseback stuck in my mind. Red with white cracks around them… they were truly haunting.

You see.. she’d given me a power to use. A power than meant that each time I fought my foes I had an edge, an advantage… but each time I used it, she gained more of a stranglehold on my energy, my soul.

As I saw what happened, of course I then questioned, WHY it was showing up now and how it applies to my current life.

She still wanted from me that I had agreed to give her, but why was she so pissed off with me…

So I started to use the EH process way of “communicating with the energy”, but out loud to her directly as she was stood in front of me anyway lol

As soon as I acknowledged all the lifetimes we’d interacted with each other and communicated with her what had happened and how sorry I was, but also how ignorant I was… her energy finally receded and I then spent a few minutes wrapping up the proceedings by calling in my guides and healing team.

Once she as gone…. many souls that had been hiding, too afraid to even seek the light came out and we went to work on guiding them to cross over also.

NOW you might be thinking WTF?! “will I have to encounter such things?”

You like me are most likely in your service incarnation, so yes you might one day. BUT only if you’re able and ready.

The reason this showed up as well as a ton of other things (my fat sausage like fingers can’t be bothered to type as well) because the karmic hold on my energy was required to be released so that I can do more of the “good” that I’m here to do in this lifetime.

BUT on this journey of being such a beautiful vessel of change in the lifetime, you may encounter such things… and let me tell you.. it can be scary, BUT it’s not a case of getting rid of these lower vibrational beings, but seeking to understand them..

YES she wanted bad for me.. but that want to take my energy and then some was just a program when you look at it in simple terms for the pain and hurt she had experienced lifetime after lifetime.

There was even a trinket right where she was help captive amongst some stones that someone had put there, out of fear. To keep the energy there, rather than communicating with it to see why it was there.

The Universe only gives you what you can handle. AND if ever you are blessed with the opportunity to help release some programs and return souls to the light, know that it is a gift of the highest regards.