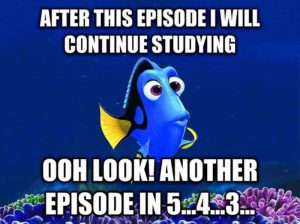 THE STRUGGLE WAS ALWAYS REAL!

I haven’t owned a TV in 8 years. I just never understood how people were able to fit into their day.. not to mention the mind control (for another day maybe! :P)

The unthinkable happened. After a successful launch of my Experiential Healing course, I was looking for to do something different with my scheduled in down time…

SHOCK Horror! I thought I’d check out years later what Game Of Thrones was all about!

As you probably know, after 2 episodes of the first series I was hooked. Combined with the fact I’ve been getting a ton of downloads and visions of past lives recently around being a King and embracing next level of abundance..

The next morning I decided I could get work done while I having it in the background, with my ego justifying:
“Yeah it’s cool, this is part of your integration, it helps your growth to watch Game Of Thrones…”

I got my admin work done, but I’m now salivating at the mouth to get to the next episodes #1stWorldProblems

Suffice to say, I decided I’ve worked hard enough and why can’t my guilty pleasure be watching some mind numbing program for the first time in years.

I purposely stayed away from watching Game Of Thrones years ago, as I felt I’d get addicted.

The same reason until last year, I hadn’t taken any kind of plant based or recreational drug before.

The key thing now, is that I know myself.

One of the best definitions of addicted I ever heard was: “When something starts impacting negatively other areas of your life without any ability to change it in sight”

Years ago had I taken drugs, no doubt I would have got addicted the same way I ended up being a sex addict.

No doubt had I watched Game Of Thrones I would have fallen into all night TV watching of every series under the sun in a desperate attempt to escape my current reality, the same way I overrate.

AND likely had I had a TV all these years, there’s no way I would have grown personally and externally the way I have..

BUT everything with awareness of yourself and how you operate.

I witnessed something beautiful a couple of weeks back.

2 people arguing with each other, with each of them having different programs being triggered.

One fell into anxiety and withered in the conversation while the other stepped into their dark power and anger.

Later on they both came to an amazing place of realisations, BUT It got me thinking…

How many times have you looked on another judged?

Even worse judged yourself for a program you’re running that you’re struggling with?

You and I have some similar programs to overcome… BUT we also have some that are different. Even in the same situation, from the same circumstances we may act differently… and that’s ok.

The void that I experienced as a child and into my 20’s is the exact reason WHY with awareness I knew to be aware of what I filled that void with.

The feeling of being unheard

The inability to speak your truth

The feeling that nobody gets YOU

The numbing of feelings by food….. I could go on!

MY POINT IS.. that however you’re showing up right now doesn’t matter..

AWARENESS is the key

What is your achilles heel and where does it come from?

What do you do when you really want to be doing something else?

How do you feel when you procrastinate?

These are all individual to you

Get to know you and where they come from

“I thought I’d dealt with this Duke” is something I’ve heard maybe from 100 different people over the last 6 years.

Just because me or someone else seems to have their shit all figured out, doesn’t mean that I and someone else isn’t falling down in an area you might be excelling at!

Whatever YOU are currently running away from..

If it doesn’t feel good..

If you struggle with food.

Schedule in time, ahead of time where you’re allowed to eat whatever you want. THEN let your ego know that that is the time it’s ok to be in that place, and it’s just a test until then

IF YOU struggle with social anxiety… then set aside time each day where you let your ego know it’s ok to be anxious. 1 hour per day where you can be in that anxiety and it’s ok. You don’t have to do anything else or be anything to anyone.. just be with you

YOU don’t feel heard. Go to a group, an event, a circle… where you know you will be heard for that period of time and practice how it feels to be heard. Feel how you feel, before after and during that time… etc..

THEN something fascinating happens..

You get to notice that you’re noticing in those moments what you’ve already said you’ll do and be, however you want to be

YOU START to get to know yourself.. and the quiet moments become more peaceful

“I thought I’d dealt with this Duke”..

BUT as YOU grow, if it’s one of your major lessons/themes/frequencies that your soul is here to embrace and embody

You’ll constantly taken back there again and again, so that you can raise your vibration and take your understanding to deeper depths and new levels of conscious awareness

AND the more you embrace it each time

THE EASIER (not harder!!) it gets

Over the coming weeks I’m going to be showing you how to be there for YOU, schedule in fun time, get shit done and how give space for yourself to let your purpose and mission flow into your life.
the first post went live this evening in my facebook group “Self Awareness with Duke”

With awareness, life doesn’t have to be a struggle. Stop resisting and let your life flow with peace, love and fun.

STOP judging yourself and your problems and comparing them to others succcesses.. they’re not you and YOU are not them. You have different journeys.

Get to know YOU!

Here if you need x

P.S. I for one now have 1 hour per day of Game Of Thrones Watching planned into my daily routine.

P.P.S. What would you like to do each day if you felt you actually could?