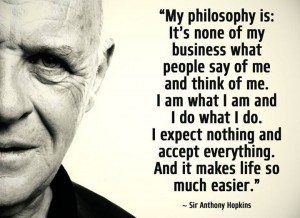 Are you scared of being judged?

HAVE YOU EVER had people say shit about YOU and it hurt?

It’s cool, I get it. It’s a form of rejection, from the norm, from the pack, from the tribe..to a place of uncertainty with less safety..

BUT FIRST KNOW THAT,

There’s something amazing that you have, that so few of your ancestors and any other animal on this planet had…

Now I’m going to tell you some things you already know in the next few lines:

YOU ARE connected to everything and everyone

Our ego from the age of 0 – 6 is desperately assigning meanings to everything it encounters.. and it’s amazing. It keeps us safe. It STOPS us from picking up the hot kettle every day and burning ourselves every time..

YOU CAN CHOOSE to seek awareness of yourself and others.

A while back there were some people and a person in particular saying stuff about me.

BUT it also has it’s advantages.

YOU get to hear just how off people’s thinking is.

YOU GET great insight as to how people think and WHY they think it.

NOT ONLY that, I get the amazing opportunity to work on myself with any threads of awareness where they might have a point…

It also just helps with my passion for deciphering truth in essence!

WHEN I get to know someone’s judgement of me though, I send them love, I send them blessings as I know it’s only coming from one of 2 places..

1. JUDGEMENT of parts of themselves they see in you

2. FEAR of the parts in them, you might be able to see

EVEN…When I speak on stage, I’ll often hear people’s internal dialogue saying things like “What gives him the authority to talk about this?”

BUT it doesn’t waiver me, rock me or bother me in any way…

If YOU FEEL any hurt from someone’s opinion of YOU, there is either part of YOU to be acknowledged/addressed/accepted

So WHEN YOU judge another, I want you to catch yourself and do the following things

1. STOP.. pay attention to what you’re currently thinking and feeling

2. BE KIND to yourself. Everyone has judged or judges people at one point or another

3. Ask “What parts of me that I haven’t acknowledged/accepted am I seeing in him/her?”

4. Acknowledge where that part of you, you don’t overly like comes from and realise the decision your EGO made on how life “should” be, how you or other people “should” be from here on in

5. See the gift that this program has given you, by living life this way and what amazing part of yourself you are set to embrace as a result

After a break up last year, I had a lady who knew us both, call me up.

Now I ended the relationship for a myriad of reasons, but my primary reason was the lack of ownership on the other parties side for how she was showing up. Once I had realised the reasons WHY she was showing up in my reality and integrated the lessons, I was out as frankly behind the scenes it wasn’t a nice time at all lol

REMEMBER, everything is showing up in your life for a reason! AND this conversation was no different.

“Duke I can’t believe you! How could you?”

“I won’t believe anything that comes from your mouth, how could you do this to her!”

She was filled with anger, hate and hurt.

I can’t remember the exact conversation now, but I felt so much emotion come up.

It wasn’t a great time, I was on my way to an appointment, I was in a massive rush and I was now crying. I had only answered the phone as I thought she must be needing something.

I had helped this lady above the call of duty with her healing business and her personally…
and given some of the things she had going on her life, I had shown her nothing but “no judgement”

AND now here she was accusing me and filled with ill feeling towards me.. she didn’t even ask “how are you?”

I felt unheard and whole host of things.. but when I asked questions (as above) to get to the point of creation.. I realised the pain feeling, was the feeling of having tried to help this lady so much and now she was throwing it back in my face.

1. “When did I first feel this feeling?”

Shit… with my mum

2. “What was happening in that situation?” I tried to be there for her, be her emotional husband… tried to help her with life decisions and all she ever had was resent towards me

3.So now I go back to the first time I felt the same emotion and had the same thoughts/decision patterns that my ego had instilled, so that I don’t have to feel the pain so much in future… and..

The lady carried on saying stuff.

I had relelased the feelings while I still on the phone to her. AND was now perfectly fine to go about my day and meet my next client.

AND the girl in question continued to say a lot of stuff that wasn’t true (to people who still now judge me from afar :-P) , that came from her own judgement, fears and programs in her life

and even with that.

It hurt at first.

I’d helped this girl so much.

Upped her game no end, helped her release programs and taken a lot of shit from her (ad of course we are mirrors, she helped me a ton also!)

The feeling that she was saying one thing publicly and behind the scenes another… simply came from the parts of my life that I hadn’t integrated at a deeper level.

I’d been there before with that feeling of betrayal and untruths from someone close to.

AND as soon as I released/acknowledged those thoughts, decisions and feelings.

I then felt nothing for what was being said or WHO might be judging me..

It is that simple.

AND YOU know that some of those people will read this no doubt. You’ll no doubt make connections and assumptions.

Everything is within US!

KNOW THE TRUTH OF WHO YOU ARE AT THE DEEPEST LEVEL

P.S.
Everyone is on their own journey. Anyone who has done any wrong unto you, was simply running their own fear/ego based programs.
It’s not their fault and it’s not yours. BUT
YOU HAVE THE POWER to take responsibility for everything that is showing up in your life and for everything that you feel at any given moment

P.P.S
You have the choice to either, let bygones be bygones. Or hold onto that resent, that pain, that judgement as if holding onto it is actually going to change something! It won’t. Decide now to choose LOVE. It’s not personal it never was, we are blind mice fumbling round in a maze called life.. be kind to yourself and others.. they are doing their best! We are all connected X

BTW Did I mention it’s not personal?! 😛

Here as always if you need x