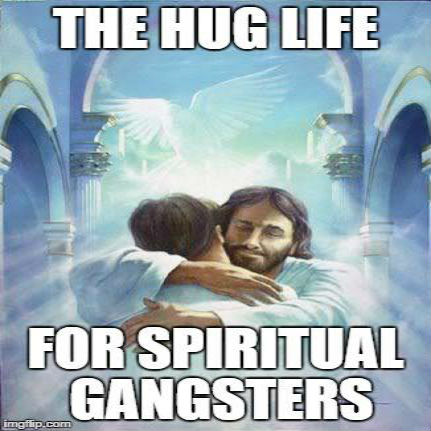 Its funny… I only came on Facebook to share that I’m going off grid for a little while in prep for Saturday’s event..

For anyone who’s ever ran an even slightly “spiritual” event or otherwise.. you will know that you get taken through growth whether you like it or not….

And sometimes my EGO hates it..

The little boy in me asks “why do I have to go through this?”

And luckily the inspiration is always there from my soul..

I’ve remembered and reconnected through the veil of amnesia… the pain is now gone and replaced with understanding..

BUT when I see a video like this… (which of course could be the other way round with mum and dad)..

This ideocracy… this current system

All based on programs – on fear, control

A lack of common sense… – from the illusion of Separation

(It’s got me crying right now)

And im sure it has you too

Once you wake up and truly remember who you are.. you dont feel those tears for long.. before the inspiration sets in again..

Some lost their parents

Some just simply not being able to be a kid..

it doesn’t matter the relation of the pain, it’s the emotions and feelings, decisions and beliefs that are formed in the moment…

How long do they last?

However long their Soul has decided enough is enough…

Whatever you have been through yourself

And no matter how much of a game this thing that we call life…..IS..

Lets agree on one thing shall we?

That whether this is all just a game or not…

AND Unconditional love is that much harder to come by, when you think it should only be coming from family

SO CAN WE AGREE ON ONE THING?

As long as you are you

With the wisdom you have and the understanding you have…

To not hide for 1 second longer than you need to

FROM WHO YOU TRULY ARE

As much as you know it right now

All the pain and hurt you’ve overcome

All the programs you’ve realised and released

Don’t sit on this wisdom

Be a beacon of change

The Police, the courts, this dad.. these children… they don’t know what you know

BE the LIGHT YOU WISH to SEE in the WORLD

THAT whatever you have been through… OR.. are going through…

OR YOUR SOUL wouldn’t have asked for them..

still waiting to be heard,

Just be you 100% and maybe just maybe

That there is Joy after Sadness

A reason for everything

P.S. Whenever my EGO flairs up and the little boy asks “what about me?” this is all I have to do… think and feel into all those Souls who are still living the darker human experiences and are asking WHY ME…

Not because of what happened to me.. but because of the programs that were left in me for years later on a daily basis running that asked “why wasn’t I good enough or worthy of love just for being me?”

Yesterday my children’s mother requested to the courts that Jack and Amber should live with her, a very biased officer from Cafcass supported the move so I offered her residency but explained that I would not support the move because it was not what the children wanted.

A male police officer attended our home and after discussion agreed that it was not in the best interests of Jack and Amber to use force to move them to their mothers house and we agreed that I would take the children to school the following day and their Mother would collect the children from school.

The male officer contacted his sergeant to explain our plan but the sergeant and the childrens mother declined the plan, the sergeant then arrived at our home and explained she would be using force to remove Jack and Amber and that if I intervened I would be arrested.

Over the last two years both Jack and Amber have consistently told the police, cafcass, social services, their school teachers, a child psychologist, the workers at the dreadnought centre in redruth and many others that they have been hit by their Mother on many occasions but it has been ignored.

Jacks words about ‘hitting’ to the sergeant ‘you want to speak to my mum about that’ will always ring true.

Mother has now locked the children inside her home, they can not go out and play, they are not in school and she refuses to let them visit me.

I have contacted social services today to ask if they could check on the children and let me know if they are ok but they declined to do so.

If everyone would be kind enough to share this video to help raise awareness of the flawed family court system and to make sure that other children do not endure this I would appreciate it.

Check out my page: https://www.facebook.com/TheSayerInstitute/

Link with me on LinkedIN: https://www.linkedin.com/in/dukesayer